The 2021 NYC elections have the potential to reshape our city. Thanks to new term-limiting rules, nearly ⅔ of city council seats are open to newcomers, as well as important roles like comptroller, public advocate, all five borough presidents, and, of course, mayor.

There’s another important factor in this year’s city elections: the roll-out of ranked-choice voting. Approved by a ballot measure in 2019, this new system allows voters to rank multiple candidates by their preference, rather than choosing just one. On your ballot, you’ll be able to rank up to five candidates. (Note: You do not have to choose five!) This system is intended to ensure the winning candidate has the widest base of support, as well as eliminating the need for costly and time-consuming runoff elections.

Work with us to help elect these candidates!

Our strength is in our numbers. If you'd like to help put some freelancer power behind any of these candidates, please fill out a brief form to be added to our volunteer roster. Activities may include phone or text-banking, door knocking, and other events on behalf of our endorsed candidates. 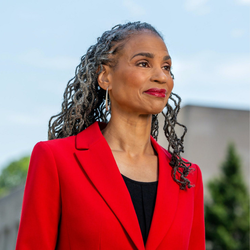 "Independent workers are such an important part of our economy and have played a critical role in keeping New York City running throughout the COVID-19 crisis. As a former freelancer, I am honored to receive the endorsement of the Freelancers Union and look forward to fighting alongside them to advocate for wage parity and workplace protections so that all independent workers can live with dignity." 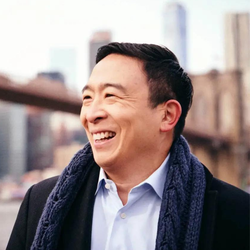 "As mayor, my administration will be committed to giving New York’s independent workers a fair shake. We will create Freelancers hubs in all five boroughs so that independent workers have a place to gather and collaborate, and we will make it easier for freelancers to gain vital workplace protections and ensure they have a safety net. Lastly, we will give all workers in New York, whether they’re full-time employees or contractors who move from gig to gig, the opportunity to enroll in a portable City-run retirement savings program." 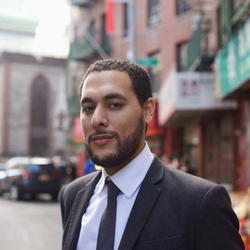 "I like Chris Marte because he understands the plight of freelancers from firsthand experience, and has practical ideas for how to correct the long-standing problems we face as a community of self-employed workers. Through his work with the SWEAT bill, Chis has demonstrated his commitment to addressing one of our most common issues: wage theft. I think he would be a true advocate for us should he be elected to city council." —Endorsement committee member 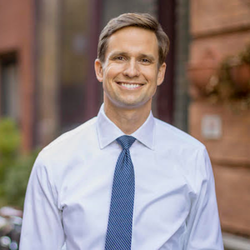 "Independent workers are an increasingly integral part of the 21st-century economy and will only become more integral in the future. Council District 3 is home to thousands of freelancers, and as a Council Member, I plan to make them a focus of my efforts in employment and economic development." 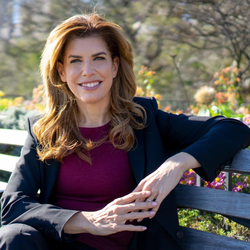 District 5 in Manhattan contains the Upper East Side

"Julie Menin’s diverse professional and personal life experiences, in addition to her practical yet compassionate perspectives on governance, are the reasons why I am grateful and proud that the Freelancers Union has chosen to endorse her for City Council. Julie not only understands the great challenges facing our communities today on an intricate level, but she also has real, concrete plans about how to solve each problem. Julie has a demonstrated way of critical thinking combined with an inclusive attitude and sense of urgency that make me relieved as I imagine our city’s future in her hands." —Endorsement committee member 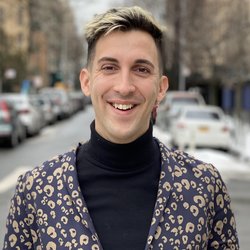 "I am so proud to have the endorsement of the Freelancers Union. As a gig worker of more than 10 years, I know firsthand how their members have been left out by City Hall far too often. I also know that freelancers and gig workers are a pillar of the New York economy and these jobs are essential to our recovery effort. I look forward to working with the Freelancers Union on issues of wage theft, a portable benefits fund, and harassment in the workplace while we work to make New York the #1 destination for freelance and gig workers." 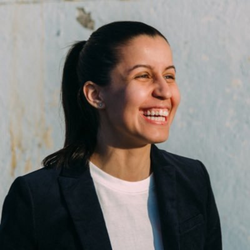 "During her interview with the committee, Tiffany Cabán explained that while 'our systems are laid bare in a way we have not seen before' under the current crisis, she also sees this as a turning point that invites us to reimagine those systems, making them smarter, stronger, and more relevant to today's workforce. To that end, Tiffany comes across as a sharp thinker who is knowledgeable about government, at all levels, and is committed to giving the freelance community a voice in developing sound policy around worker rights and protections." —Endorsement committee member 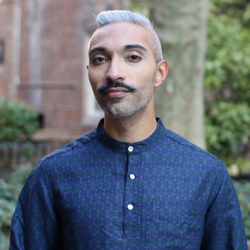 "In order to recover from our multi-layered health, political, and economic crises, we will need to focus on the things working families in our city need the most while at the same time pursuing long-overdue racial and gender justice. With the right combination of ingenuity, commitment, and tactics, we can: expand healthcare access, stabilize housing for all New Yorkers, create green jobs with economic mobility, provide safe and enriching public schools, fund immigrants and workers, revive small businesses and restaurants, re-imagine policing and re-invest those dollars." 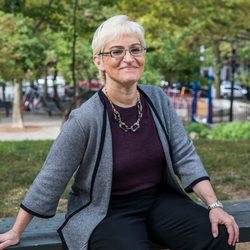 "We need to shift the paradigm from top-down decision making that ignores, isolates, and undermines communities towards an approach that makes equity and justice the guiding principles in all decision-making. I am running for City Council to be an agent of this transformation in city government." 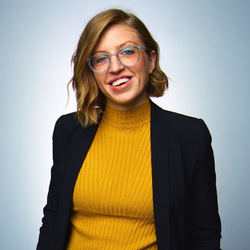 “More than ever, we need fresh ideas and worker advocates to ensure a just economic recovery. And we need to prioritize high-quality jobs and protections for independent contractors and gig workers, or we will jeopardize the wellbeing and financial stability of our city. Our workforce has shifted significantly in the past several years—including with the growth of the gig economy and independent contractors—yet our laws and worker protections are still far behind. Our city needs to catch up, and I am looking forward to being a strong advocate for freelancers in the City Council.” 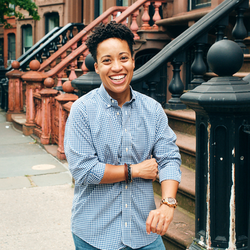 “I'm proud to have the support of the Freelancers Union and ready to work alongside them for the dignity and security of all workers. As we face the challenges ahead, we need bold leadership guiding our path to recovery and uplifting working people. I'll keep fighting to ensure that all New Yorkers have access to affordable housing, high-quality healthcare, fair wages, and worker protections.” 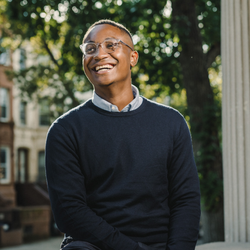 "I am an independent contractor who is acutely aware of the impact that gig workers and freelancers have on this city’s economy. Freelancers make up 34% of New York City’s workforce, and 33% of Brooklyn’s. The freelancers’ contributions to the City will increase in this COVID-affected economy — especially with the current fragilities of workforce." 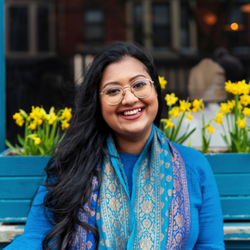 "As the daughter of a Bangladeshi restaurant owner, Shahana knows that running a small business in Brooklyn was hard enough before the pandemic. Our COVID-19 recovery must center relief for small businesses — from restaurants to nightlife to arts venues." 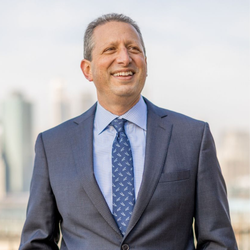 "Freelancers, whether they are artists, writers, designers, or woodworkers, make up a large and often overlooked part of New York City’s economy. Many appreciate the ability to work independently and creatively. Yet as independent contractors, they face unique challenges without the benefits or protections afforded to employees. The Freelancers Union has brought independent workers together on an unprecedented scale and built a powerful support network and force for advocacy. That force led to the passage of the groundbreaking Freelance Isn’t Free Act, which I was honored to sponsor. Especially during this time of economic disruption, I’m proud to fight alongside them for the rights and well-being of freelancers and workers in the gig economy, and honored to receive their endorsement." 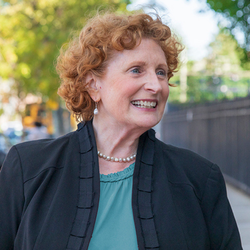 " I’m honored to be endorsed by the Freelancers Union, and I'll keep standing up for independent workers as Brooklyn's first woman Borough President. Freelancers make up one-third of NYC’s workforce, and as BP, I'll ensure this often overlooked community has an equal voice at the table as we build back Brooklyn. As a progressive legislator, community advocate and disability civil rights lawyer, I’m going to work for an equitable Brooklyn for the hardworking people in our borough." 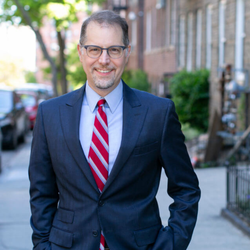 "We simultaneously need to ensure that Manhattanites have jobs that pay them a fair wage, provide workplace protections and allow them to both live and raise a family in the Borough. New York’s economy isn’t made great by Wall Street, it’s made great by the workers on Bleecker Street, on 125th Street, on Dyckman Avenue and everywhere in between. We need to make sure those workers are supported, that the labor movement is strong, and that the wage floor is high." 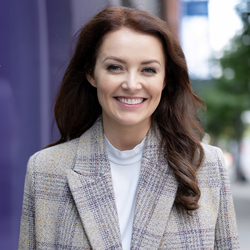 "As wonderful as Manhattan is and was, it was and is a deeply unequal place. Some of the wealthiest people in the world call Manhattan and its skyline dotting apartments home and just a mile away, people live in deep poverty. As Borough President, I am going to be Manhattan’s biggest cheerleader and fight tooth and nail to bring jobs and economic activity back, but I won’t forget that we need to fundamentally change the distribution of income and wealth in the City to make it truly great."

The health insurance marketplace is now open. Make sure you're covered!